How to unclog a sink or a toilet

February 22, 2016Home Improvement How To

When the water in your sinks doesn’t go down the drain and annoyingly keeps accumulating while you’re washing your face and brushing your teeth, it means that you should better unclog it before it stops draining at all and you’ll have to urgently call a plumber to fix the problem. As when you can’t use a sink in the bathroom, or, even worse, in the kitchen, you feel just a little bit helpless. At least I do. And, leaving a toilet blocked is even worse. 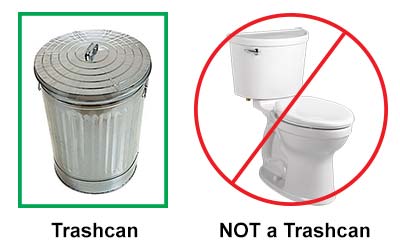 Whether someone has used too much toilet paper or has thrown some hygienic stuff that is actually supposed to be thrown in garbage, it smells and looks nasty. But the most unfortunate thing about such ‘occasions’ is that they happen at the most inconvenient time. Moreover, as a rule those are not mild clogs you can easily eliminate with a plunger. No, usually you have to work hard to make that thing appropriate for use once again.

You’re lucky if you have another toilet in the house (as you can use kitchen sink instead of bathroom’s and vice versa), but what if you don’t? And what if you don’t even have a plunger or those well-known handy unclogging liquids and chemicals that do their magic once you apply them to the source of the problem? Especially when we know, that those chemicals are really toxic and also don’t fully unclog a sink or toilet in most of the cases.

Well, if the issue requires an urgent fix, it’s better to call a plumber, especially if your sink or toilet was clogged not too long ago and the same happened once again. This is the evidence that usual home methods won’t solve the problem, as it has set down deeper in pipes, but not even in the sink’s drain or toilet’s bowl. That’s where you won’t probably be able to unclog them on your own, even if you have enough time to try. 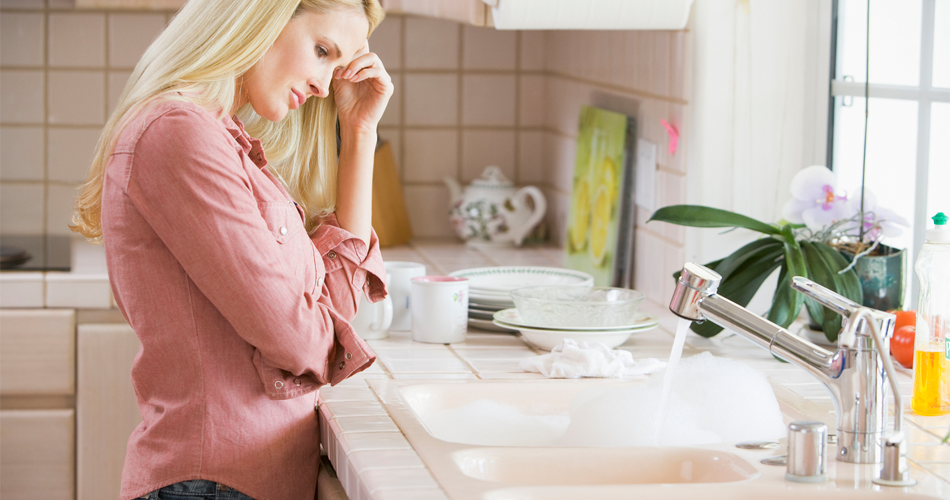 The quickest way to find a plumber (if you don’t know one already) is online search. Go to HireRush.com to look for a plumber, who works within your local area and see which professional will be able to come and to help you out in such an awkward situation. The best thing is that you may call a plumber directly from our site, which also saves your time and provides extra convenience.

However, if the problem is not too serious, you may try to handle it without calling on a professional. And, I’ll share with you several ways of how to unclog a sink or a toilet without running to the store to get special chemicals and even if you don’t have a plunger.

How to unclog a sink

So, this one gets a little bit dirty, but it’s really effective and removes the core of the problem for 100%. It might seem a little bit difficult, but it will actually take you around the same time you would run to the nearest store to buy a caustic cleaning thing. But, in addition to that, you won’t have to wait for it to work. Basically, it’s a matter of 15 minutes or so.

But, this method is only suitable for those plastic (or not even plastic) easy to assemble pop-up sink pipes and drain, which you can take apart literally without any tools. They’re just like kids blocks. So, as you’ve already guessed, the easiest and quickest way to unclog a sink with those convenient pipes is to manually take out the stuff that caused the blockage. And, as you’ve already guessed, we’ll have to take apart the sink’s drain, including the trap part, to clean them out. Be prepared to see the nastiest and the smelliest stuff ever.


The first thing you have to do is to detach the U-shaped piece of sink’s piping and clean it out. Then, unscrew the upright pipe that’s connected to the drain part and push all the dirty mass out of it with the help of an old toothbrush. Wash it under the running water (obviously, don’t use the sink you’re working with).  After that, stick a toothbrush into the sink’s drain pipe and clean it thoroughly.

At this point, you might want to stop and forget about all that you’ve seen so far, but in order to unclog a sink properly, you’ll also have to get to the pivot arm under the sink to unscrew the nut that holds a stopper, pull out the latter and a massive clogging chunk with it, brush the drain from the sink’s side. Yucky! (Maybe, you should really call a plumber….) 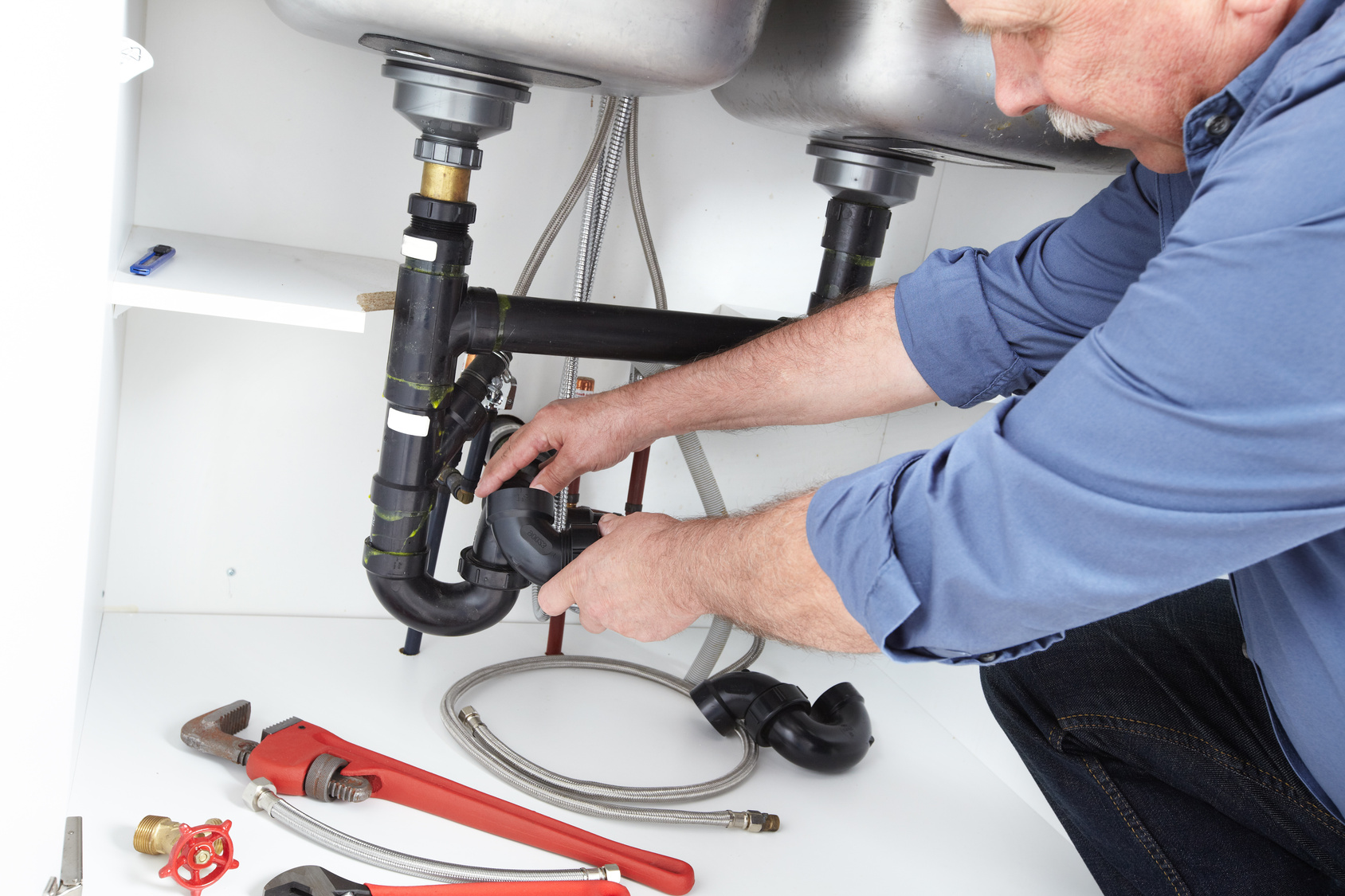 Don’t forget to grab a bucket to place underneath the sink’s pipes before you proceed to disassembling step, as some water will definitely come out of the pipes and you don’t want to collect it if it gushes onto the floor.

Assemble the sink’s piping once it’s all as clean as new, check connections and enjoy free water flow!

In some cases it’s possible to unclog minor sink blocks with the help of a simple solution you can make at home out of basic ingredients everyone has in his kitchen. Just make a mixture of 1/3rd cup of vinegar and baking soda each, pour it into the clogged sink and leave it there for several hours without using a sink. Rinse it with hot water afterwards.

Another helpful cleaning solution you may use is a mixture of a generous amount of the dishwashing soap and plain hot water. 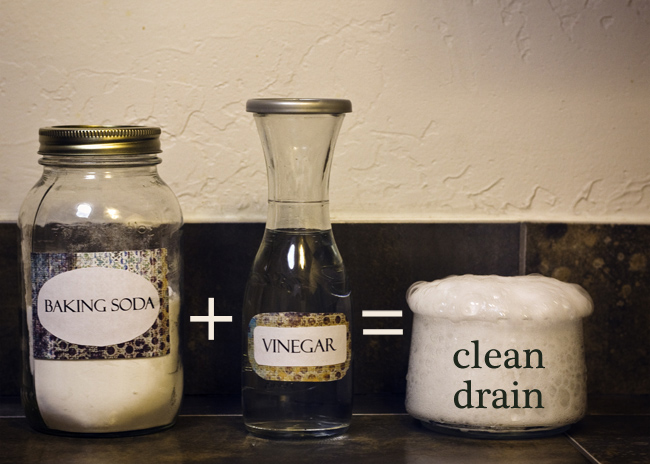 Method 3. Unclog with a plunger

If you happen to have a sink plunger, you may definitely use it to unclog that stubborn thing. To do that, pull out the sink’s stopper as I’ve described above, block openings (like the overflow and dishwasher’s ones) with a kitchen towel and fill the sink with water up to the point when the plunger will be fully covered. Then, grab a plunger with two hands, press it down to the sink’s main opening as hard as you can and quickly pull it up. Repeat this step as fast as possible till you unclog a sink. Usually, it takes from 10 to 15 motions to get rid of the blockage. 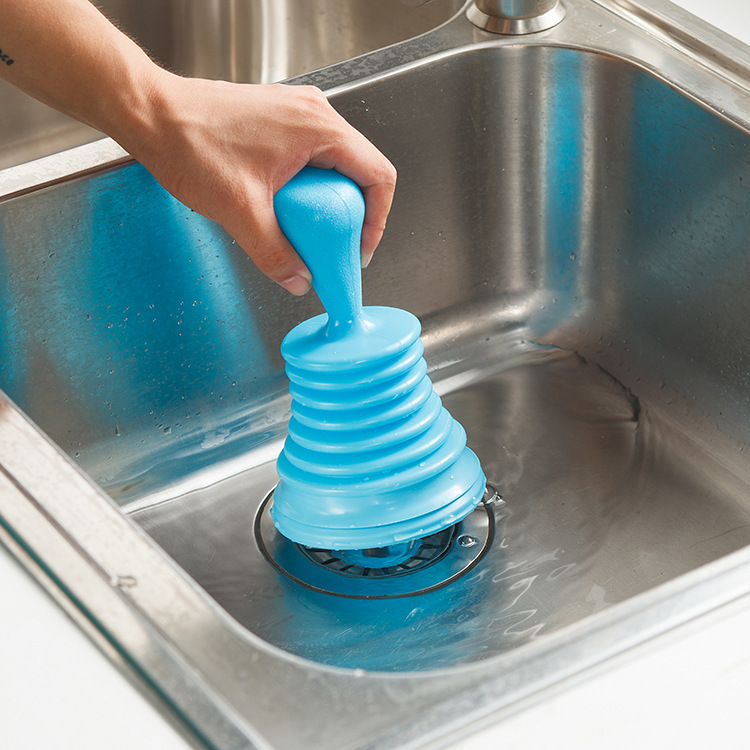 How to unclog a toilet

Remember how we’ve placed a bucket underneath a sink to prevent water from pouring onto the floor? Unfortunately, we can’t do the same in this case, but it’s possible to surround the toilet’s bowl with newspapers or old towels to gather the splashing water if necessary.

Method 1. Work you plunger, work it!

The steps are the same as we applied to unclog a sink, but you don’t have to block any additional holes this time. The only thing you have to make sure is that you have the right tool, as sink and toilet plungers are two different things. Moreover, it’s better to opt for a plunger of a proper size that is made out of thick and kind of stiff rubber to ensure tight seal between the tool and toilet to make it work.

You can try to eliminate not too serious clogs with the help of homemade cleaning solution. The ones we’ve used to unclog a sink will come in handy in toilet’s case as well, but there’re some extra options.

For instance, the mixture of half of the cup of salt and the same amount of baking soda diluted in boiling water and left in the toilet’s (or sink’s) drain for 10-30 minutes will cause a chemical reaction, which will dissolve the clog. 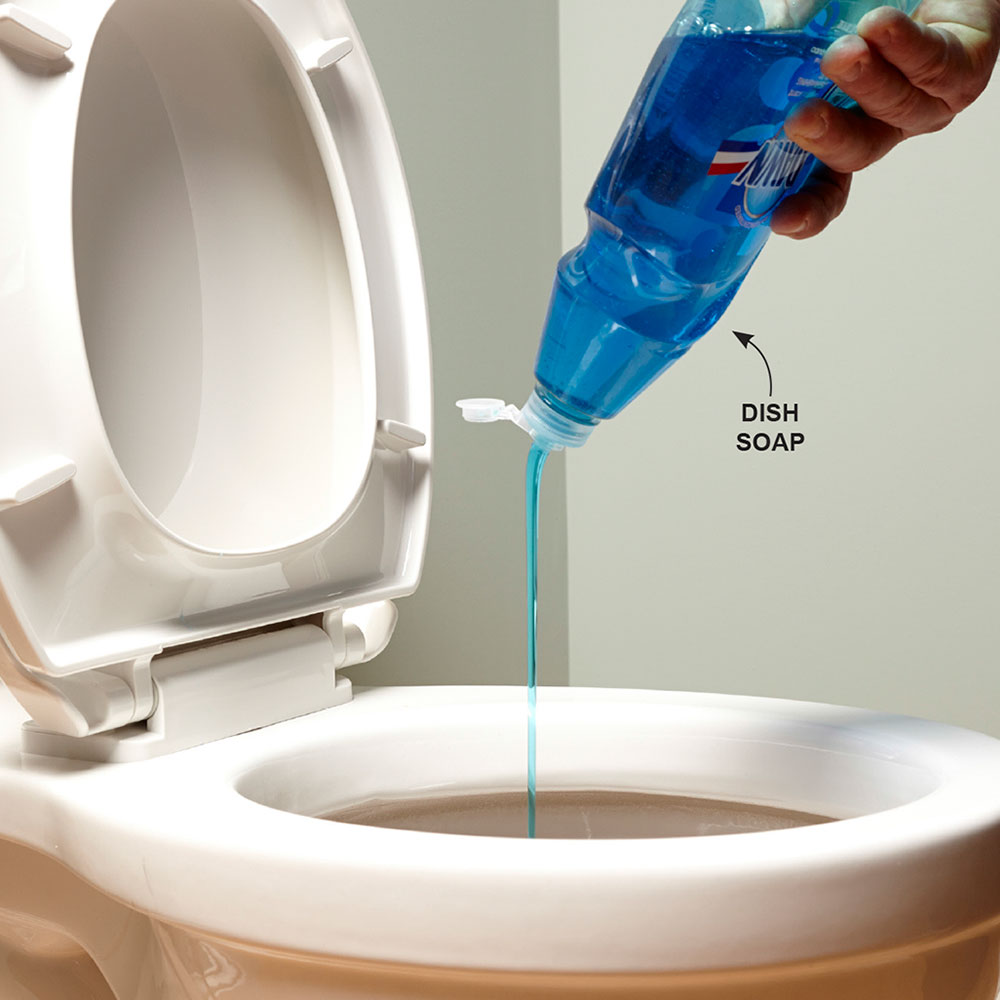 The solution made out of a gallon of cold water and 3 cups of caustic soda, applied the same way, will unclog toilet as well.

Also, you may pour a generous amount (2-3 cups) of dish soap or plain bleach directly into the toilet bowl, leave it there for some time and flush it with hot water to unclog a toilet.

Method 3. Unclog with a closet hanger

If you don’t have any special tools and you’re not willing to call a plumber, it’s possible to fix the problem with the help of a wire hanger. First of all, you’ll have to untwine and straighten it, wrap one of its ends (but not the hook) with a piece of cloth not to scratch the toilet bowl. Then, insert the protected side of a hanger into the toilet’s drain and try to get rid of the blockage by moving the hanger in circular motions or pushing the clog a little bit further, so that it reaches the wider opening and goes down the pipes freely. 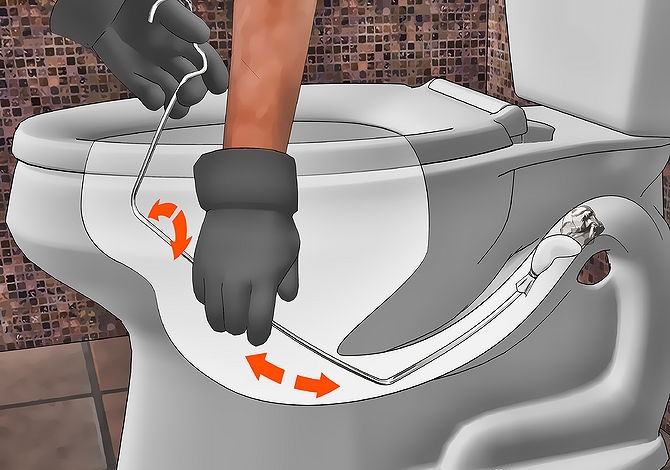 Once you unclog the drain, the water should start flowing down from the bowl. If you didn’t manage to unclog the toilet using this or two previous methods, it means that the clog formed much further in the drain or even in pipes, so you have to either address a plumber to deal with the problem or attempt to unclog it on your own applying the 4th method.

You should have a special tool – a plumbing snake to be able to perform the further steps. But, its benefit is that it can cope with most of the difficult clogs both in sinks and toilets, even with those, which appear in hard-to-reach, far pipes. And, it’s also really easy to use. 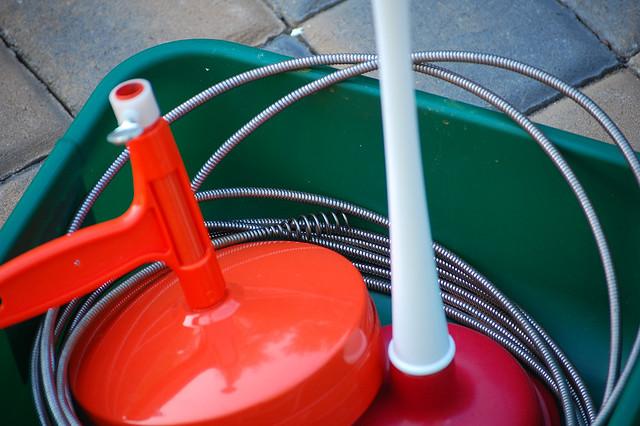 You just have to stick the flexible wire part into the toilet’s drain, twist the handle and push the snake further till you reach the clog and continue twisting once you feel the blockage to break the obstruction. I told you it’s easy, didn’t I?