Common aquarium fish diseases and how to identify them

November 27, 2017Healthcare How To Life hacks Other questions Pets 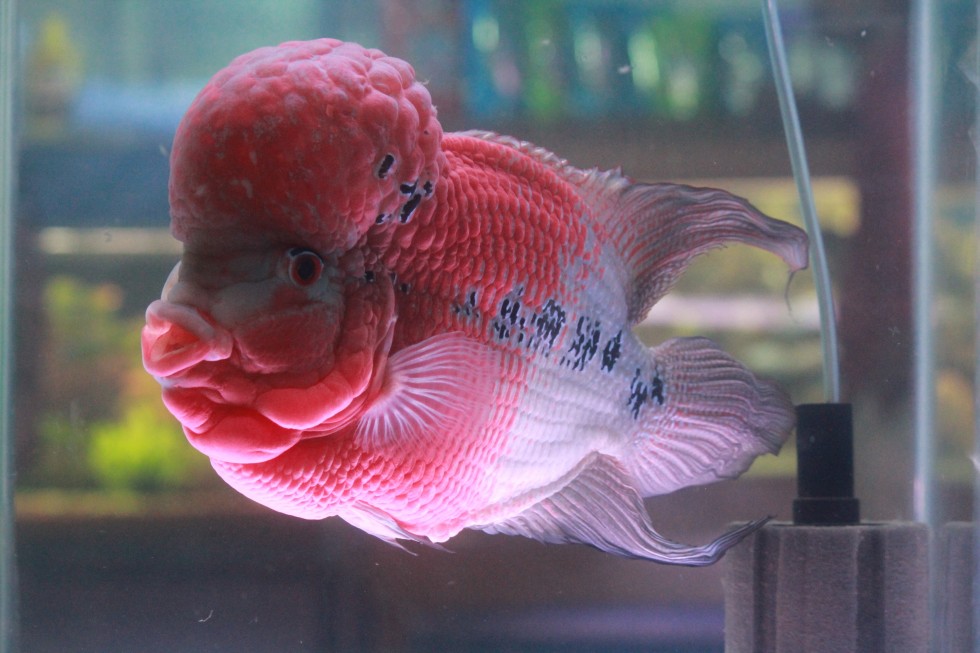 Having an aquarium with beautiful, colorful fish not only gives you a world of enjoyment. It is also beneficial for your health, helping you reduce stress, sleep better at night, and lower your blood pressure. The graceful fish in a tank also have a positive effect on people suffering from such diseases as Alzheimer’s in seniors or attention deficit/hyperactivity disorder in children. You will often see a fish tank at a dentist’s office: A study has shown that after watching fish in a tank for some time, patients with a toothache may need less pain-alleviating medication. However, aquarium fish require a great deal of care and attention on the part of their owner. It is sad, but tank fish often fall ill and die. You can prevent it, though, if you constantly monitor your quiet companions for any signs of illness and immediately do whatever is necessary to restore their health. Here are the symptoms of the most common illnesses that aquarium fish may have along with their causes.

This first ailment on our list is typically caused by abrupt and considerable temperature fluctuations, bad feeding, water quality below the norm, or a significant increase in the levels of nitrite or ammonia. All that affects the fragile immune system of your aquarium fish. If you notice that a fish has an abnormally large belly and bulging eyes, its gills have faded to a pale color, there are ulcers on its body, these are clear signs of developing dropsy. In addition to those symptoms, your fish may refuse to eat, their swimming may become uneven, and they can spend too much time in the bottom part of the tank or swim up to the water surface desperately trying to breathe. 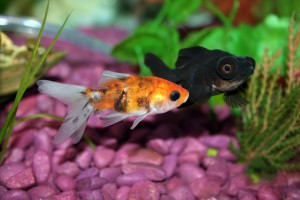 This illness has several causes. One of them is the presence of parasites in a fish’s body. It can also be a consequence of birth or mechanical defects. The primary reason why fish may suffer from this condition, though, is the increase in the size of one of the organs, which compresses the swim bladder. When a fish’s buoyancy differs from what it normally is, it could be bladder disorder. Floating upside down, sinking to the lower part of the tank, uneven swimming, and abnormally large belly – all point at the problem with the bladder. 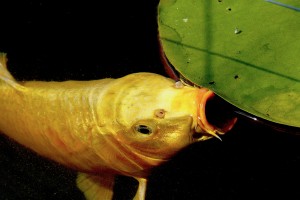 The main causes of fin rot include an unacceptably large number of fish in the tank, improper nutrition, low quality of the aquarium water, and fin nipping. In certain cases, if not spotted immediately or if no treatment is applied and the base of the fin is affected, the fish may die. You can understand that a fish has developed fin rot when you see that its fins seem swollen, become tattered, pale, and with blood streaks visible. 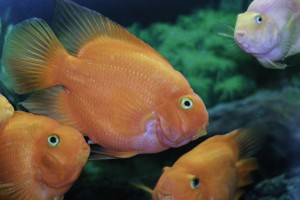 If you keep different kinds of fish that cannot coexist in the same tank, if there are too much fish in your aquarium, or if the quality of the water leaves much to be desired, you fish may develop body flukes. When that happens, microscopic parasites that look like worms find their way into a fish’s gills, skin, fins, and other parts. The signs of this illness include quick breathing and scratching against the various things that you have placed in your tank. In addition, you might see slime on a fish’s body or gills, its skin may turn red, and it may be rapidly moving its gills. Finally, tiny blood spots may appear on the body of the fish.

The weakened immune system causes ich, or White Spot Disease as it is also known. The immune system, in its turn, can be affected by such factors as bad feeding, sudden changes in the water temperature, poor water quality, as well as keeping different kinds of fish that cannot coexist in the same tank. Whenever you notice white spots on the body of one of your fish, you should start ringing all the bells: That is ich. If you delay with the treatment of the affected fish, it may die. 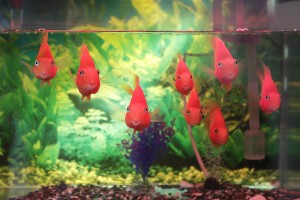 While watching carefully for the symptoms of these dangerous diseases, you should remember that prevention is better than cure. When you are selecting fish for your aquarium, you must be confident that the rest of the mates in the tank are not ill. Also, consider putting your newly acquired fish to a quarantine tank in order to see that it contains no bacteria or parasites that may be harmful for the fish already in your aquarium. To be on the safe side, you can invite a professional aquarium maintenance specialist to your home. They can give you valuable advice that will help you reduce the fatality rate among your beloved fish buddies.